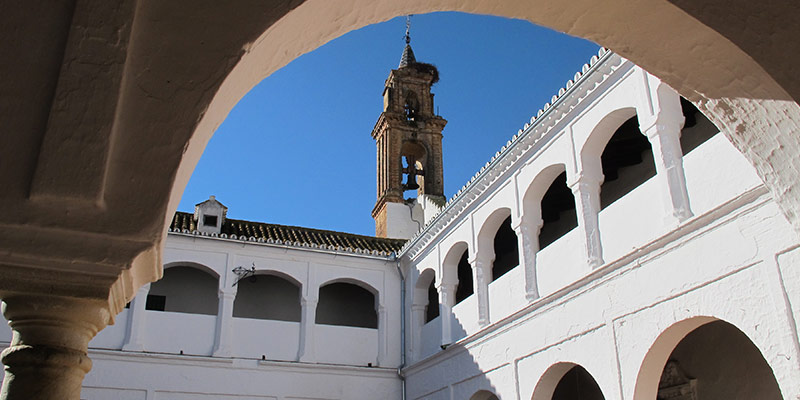 Let´s do something a little bit different

Seville at the moment is bursting with tourists which is fantastic news for the hotels, bars and restaurants that drive much of the economy here in southern Spain.  It does however, mean that there are large queues to get into the well-known historic monuments such as the Cathedral and Alcazar.

Recently  I organised a private tour for four clients, one of whom is Spanish from this area, and the others who have all been to Seville many times.    Having done all the typical site-seeing, they  were after something a little bit different.

Behind the Walls of a Seville Convent

I led them off the beaten track and into a world hidden behind thick, centuries old walls and  grill-covered windows.  Here there were no large queues, no throngs of tourists taking selfies without seeing the sites around them.    We left the noise, hussle and bussle of every day life in the streets outside and entered into a peaceful courtyard where we were greeted by a white dove cooing gently from its perch in the majestic cypress tree that overlooks this tranquil setting.

Santa Paula is one of the few remaining cloistered convents in Seville and dates back from the 15th century when a noblewoman, Ana de Santillan y de Guzman founded the convent under the order of St Jerome and moved in with 12 nuns in 1475.  Times in the monastic world have changed and of the 41 convents that were occupied and running in the early 1990s now only 15 remain.

There are 25 nuns  in Santa Paula and only a handful are from Spain, the other nuns here have come from India.  Sister Cristina de la Cruz, the last prioress of Santa Paula was the daughter of a Spanish duke and it was she who first went abroad to find recruits for the convent, her example then being followed by other religious orders.  In fact, the very first nun she brought back from India, Sister Tiyama, is now the prioress.

The convents were once wealthy establishments, and traditionally many noblewomen became nuns, bringing their dowries and inheritances with them, many  convents also had royal patronage.  They often owned vast areas of land and estates and the convents themselves were large, with stables and animlas housed within their walls.

In the 19th Century the Spanish government expropriated vast amounts of the convents lands and real estate forcing the communities to reinvent themselves in order to survive.  This is why today most convents sell pastries, sweets and jams to make an income.  However it is often not enough to maintain these beautiful, historic  buildings filled with many great paintings, reliquaries and objets d´art and many are in need of funds to restore them. 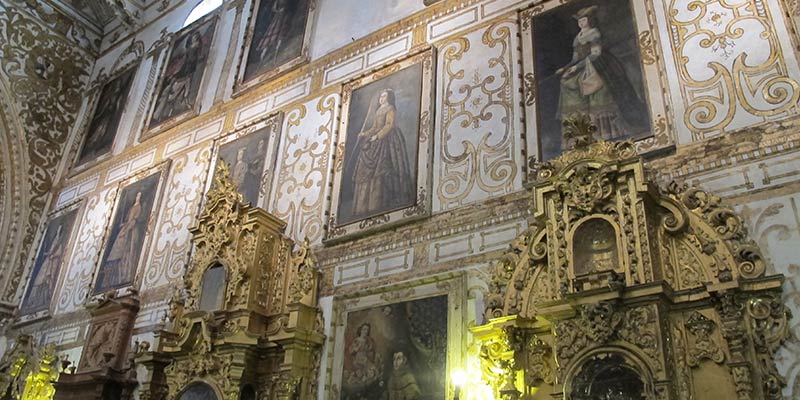 Under Franco the nuns had identity cards inscribed with “estado de perfección”  which literally means “in a perfect state” and were able to travel on public transport for free as well as receive free health care.  However, if they decided to leave the order they had no social security to help them.  It was under the first Prime Minister of Spain after Franco´s death, Felipe Gonzalez, that nuns were put on the social security system and now can draw a pension like everyone else.

After spending time chating to the nuns in the shop selling their delicious marmalades and pastries we visited the convent´s church next door with its impressive portal finished in 1504 and which is one of the finest examples of Mudejar and Gothic architecture in the city.

Within the church itself is a beautiful alter of St John the Evangelist crafted by Alonso Cano in the 17th cenury.  Unfortunately the paintings by Cano which were displayed on the alter were stolen by Napoleon´s Marshall Soult in 1811 and are now housed in various museums all over the world.

My private tour then left by car for the nearby town of Carmona, another architectural gem very close to Seville and yet often overlooked by tourists on short visits to the Andalusian capital.  Here we visited another very important Convent, Santa Clara dating back to 1460. Like Santa Paula, Santa Clara in its heydey was an extremely weathly establishment having inherited a huge fortune from the Duchess of Arcos.

Santa Clara has only three Spanish nuns left amongst its congregation of 15, all the rest come from Kenya.  The older nuns can remember in times gone by when they used to cover their faces with two black veils every time a workman would enter their cloisters.

The church of Santa Clara is beautiful and its walls are covered with 12 paintings from the school of Zubaran depicting virgin martyrs on their way to heaven with archangels and angels above them, heralding their arrival.  It´s unique to be able to see paintings such as these as they were meant to be displayed, as a complete collection and not disperesed in museums all over the world. 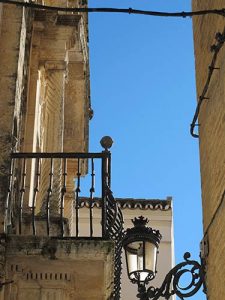 Time for Drinks and Tapas

After thanking the nuns and buying some of their pastries it was time to visit a few of the many tapas bars and good restaurants in Carmona where we enjoyed several glasses of cold beer and delicious local food before making the short journey back to Seville.

This site uses cookies to customise and improve your experience. This page explains what cookies are, how we use them and how you can control them.OK